Model zoo: a collection of models with benchmarks¶

ACS-WFC-2-32 model is trained with image sets from ACS/WFC F435W, F606W, F814W. Individual models are also available as ACS-WFC-F435W-2-32, ACS-WFC-F606W-2-32, ACS-WFC-F814W-2-32. The global model was tested with all three filter test datasets to demonstrate that there is no significant performance gap between the global model and the individual models. Refer to the ROC curves below. The Y-axis denotes the true positive rate (TPR), and X-axis denotes the false positive rate (FPR).

Since the training and test datasets comprise images from three different fields (extragalactic field, globular cluster, resolved galaxy), the models were tested for each field. As shown, there is no significant discrepancy between individual models’ performance and the global model.

To reproduce these plots, refer to this page.

DECam is a high-performance, wide-field CCD imager mounted at the prime focus of the Blanco 4-m telescope at CTIO. 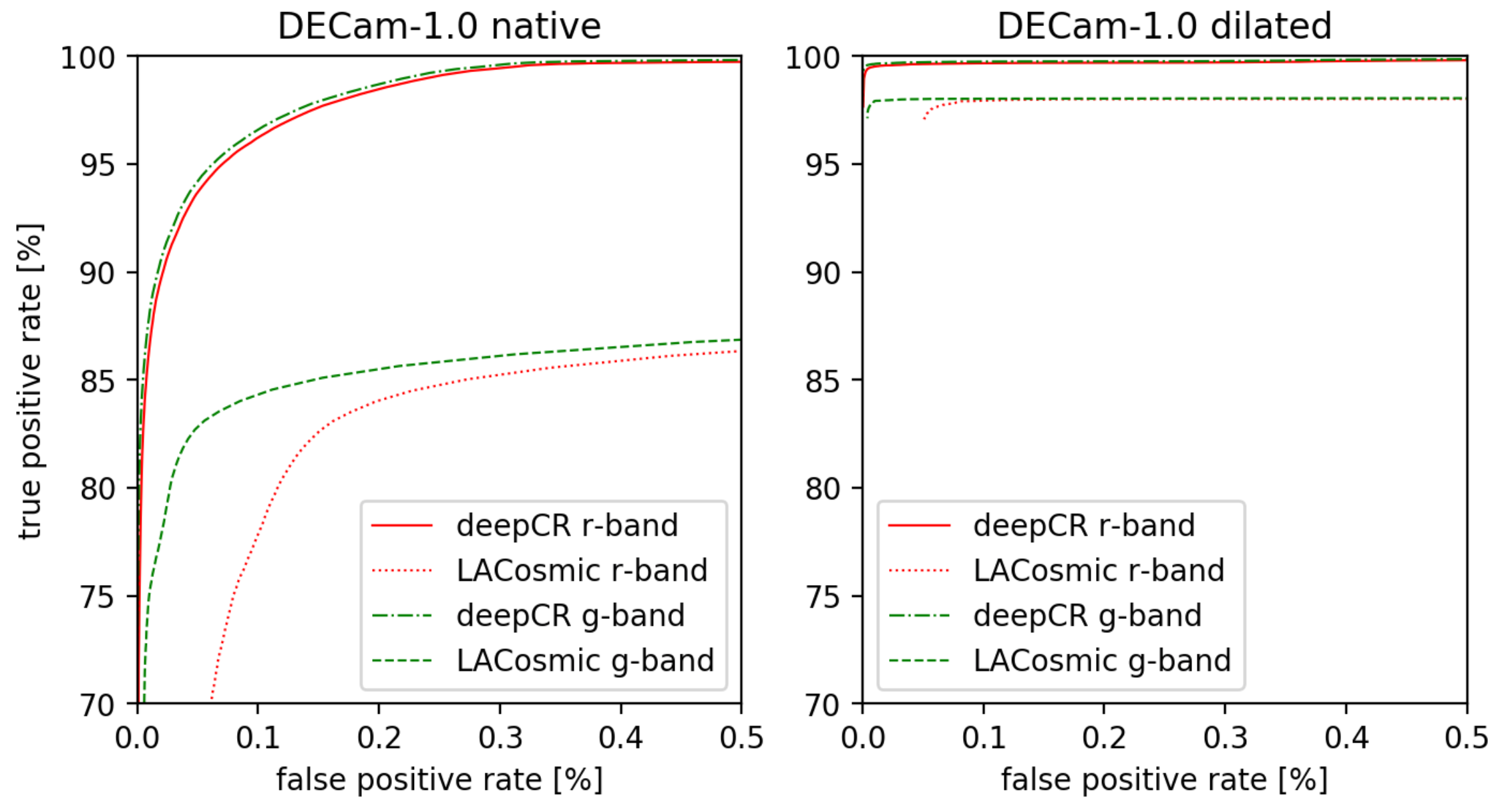 The ROC curves above are produced from a test set that contains noise in cosmic ray labels. This causes TPR to be lower than actual because the deepCR predicted CR labels is essentially noise-free.

Note 0: The current DECam model as preliminary as it is trained on median-coadd science images which may cause false positives of stars in single frame images in some cases.

Note 1: Output will include some bad pixels and columns, and sometimes blooming patterns. In particular, the blooming artifacts in the CR mask might be 1-2 pixels larger than the actual blooming size and cannot be excluded by subtracting by a saturation mask.

Note 2:Input images should come from calibrated images in the original unit (adu).

Note 3: Model is trained on g-band images but is expected to work on other filters as well. We have benchmarked on g-band and r-band and are working i-band and z-band but only expect minor differences from the ROC curves above.